Essar Oil (UK) Limited completed the acquisition of the Stanlow Manufacturing Complex from Shell in August 2011, although there has been industrial activity on the site from the 1920s.

The Stanlow site, located on the South side of the Mersey estuary near Ellesmere Port, employs over 900 people and processes 9 million tonnes of crude a year.

Stanlow derives its name from the old English word ‘Stanlaw’ meaning stone hill. There was originally a Cistercian monastery close to the current site which was founded in 1178 and later abandoned in the late 13th century.

Stanlow has origins dating back to the 1920s, when Shell built a plant which blended and distributed imported oil products. Before long, the plant also began to manufacture bitumen and special solvents such as turpentine substitute.

By the outbreak of the Second World War, Stanlow’s products included aviation spirit, which was vital for the wartime air force.

The construction of a complete crude oil refinery began in 1949 - part of the post-war move to locate refineries close to growing customer markets. It was completed in 1952.

Since then, the refinery has grown in size and sophistication with the addition of a number of units designed to extract the maximum value from crude oil.

As part of an ongoing review of its European refining network in 2010, Shell divested two of its sites, selling Stanlow to Essar in August 2011.

Founded in 1969, Essar began its operations with the construction of an outer breakwater in Chennai port. It quickly moved to capitalise on emerging business opportunities, becoming India’s first private company to buy a tanker in 1976.

When the Government of India opened up the shipping and drilling businesses to private players in the 1980s, the company also invested in a diverse shipping fleet and oil rigs.

In the 1990s, Essar began its steel-making business by setting up India’s first sponge iron plant in Hazira, a coastal town in the western Indian state of Gujarat. The company went on to build a pellet plant in Visakhapatnam, and eventually a fully integrated steel plant in Hazira.

Through the 1990s, with the gradual liberalisation of the Indian economy, Essar seized every available opportunity. It diversified its shipping fleet, started oil and gas exploration and production, laid the foundation of its oil refinery at Vadinar, Gujarat, and set up a power plant near the steel complex in Hazira - the construction side of the business helping Essar build most of its assets.

The 21st century for Essar has been all about consolidating and growing the businesses, with mergers and acquisitions, new revenue streams and strategic geographical expansion.

“Essar is massively committed to investing in energy transition and is building a portfolio of companies in this space. Vertex Hydrogen is a central component of that vision, which will be instrumental in helping create a hydrogen future for North West England and North East Wales.  This will see over £1 billion of investment, thereby creating jobs and supporting local communities for decades to come.” Prashant Ruia, Essar Chairman 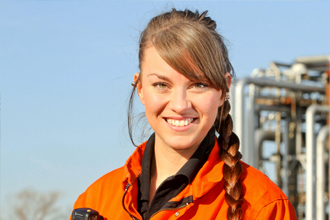 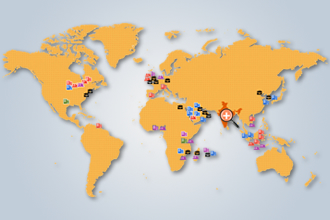 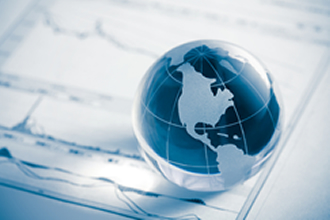