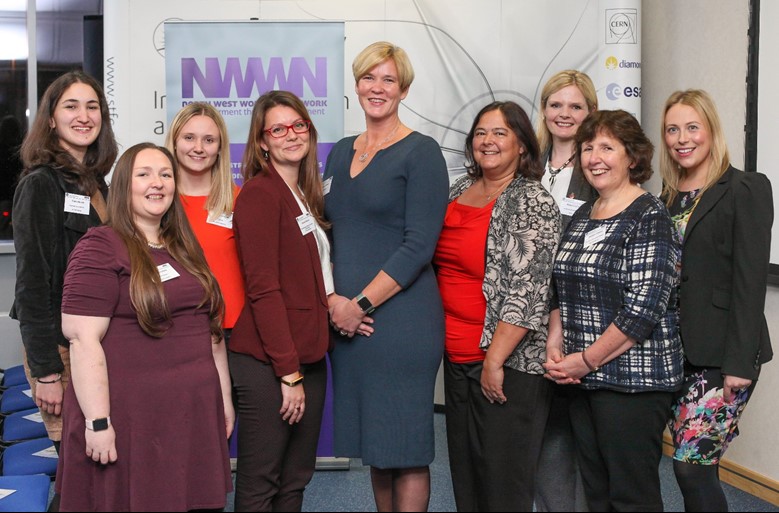 Essar Stanlow were proud to support another successful North West Women’s Network (NWWN) event, for those working in the region’s Science, Technology, Engineering and Maths (STEM) industries. Over fifty women from all stages in their career joined the evening of networking, held at the Science and Technologies Facility Council in Daresbury and sponsored by EA Technology and Essar Stanlow.

Mandy Hickson, one of the first female fighter pilots in the RAF headlined the event as the evening’s speaker, both entertaining and inspiring the audience with tales of how she beat the odds in her chosen career.

The event also provided an opportunity to see the STFC’s Accelerator technology, the tour being led by the young female engineers and scientists who are working on the design and build.

Nikita Kelly, Industrial Services Coordinator at Essar was one of the delegates. She commented: “This was a fantastic evening for women in industry and a great networking opportunity. It’s great to see events being held where women of all ages and industrial backgrounds can get together and discuss current issues, and Mandy Hickson was a real inspiration.”

Susan Smith, Director of the hosting STFC at Daresbury attended the event: “We were delighted to host the North West Women’s Network. We are keen to support equality and diversity within STFC Daresbury Laboratory. This event demonstrated the challenges and rewards of forging a career in the exciting male dominated area of piloting jet fighters. Although science and engineering may not quite have the adrenaline rush of a fighter pilot, we would like to ensure that we attract and retain the best talent to develop their potential STEM roles within STFC. Participating in this sort of event ensures that our female employees appreciate that ‘the sky’s the limit’ and in this modern era, we will be encouraged to support all our staff to attain their potential and achieve their dreams.”