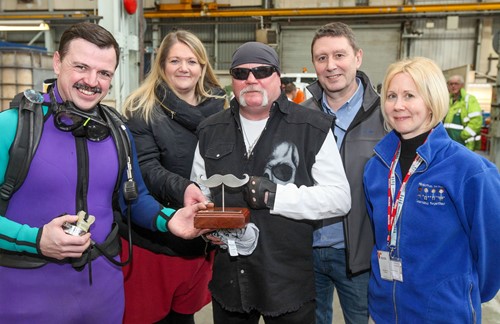 Over £11,000 has been generated for two local charities thanks to Essar Stanlow’s celebrity moustache competition, a fundraising activity organised by employees at the refinery.

More than 60 employees took part in the competition, where each competitor picked at random a famous name from a hat, and had to then grow and cultivate a moustache in the style of the chosen celebrity.

Donations were collected from competition entries, as well as from supportive colleagues across the site. The money was raised was then matched by Essar, resulting in a total of over £11,000 being split across the two nominated charities, The Spider Ede Appeal and Hinderton School.

Hinderton is a local Special Educational Needs school in Ellesmere Port that specialises in helping children with Autism Spectrum Disorder. Steve Thomas, a Welder at Essar has a personal connection with the school as his son Cody receives great support there. The Spider-Ede appeal is close to the heart of Chris Stading, who has worked at Stanlow with Hoerbiger for the past twenty years. His grandaughter Edie Molyneux has an inoperable brain tumour (DIPG) and the family are raising £700,000 for her treatment in Mexico. 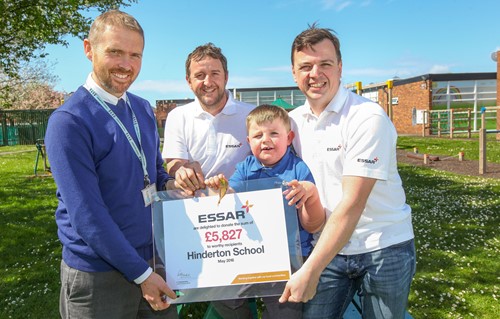 Representatives from the two charities joined the competition’s grand final and were overwhelmed by the amount of money raised, and the efforts made on the day.