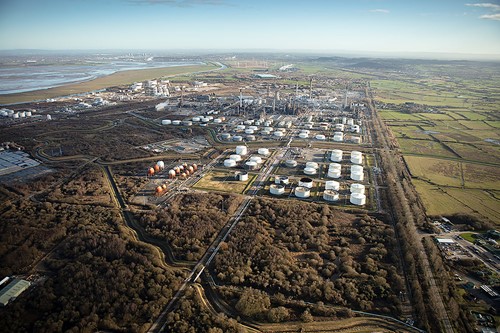 The project to develop the UK’s first Low Carbon Hydrogen Plant at Essar Oil UK’s Stanlow refinery in Ellesmere Port, has been awarded £7.5m. The plant will produce 3TWh of low carbon hydrogen – double the UK’s total current production of biomethane – which will be provided to industrial and eventually domestic customers in the region.  The facility will deliver low cost, low carbon hydrogen at scale and high efficiency, and with a very high carbon capture rate – over 95% of the carbon used in the process will be captured and stored, thanks to the pioneering carbon capture technology. When operational, the facility will capture 600,000 tonnes of CO2 per annum - the equivalent of taking over 250,000 cars off the road.

Hydrogen will be distributed by way of a new pipeline network under development by Cadent, which will also provide the pathway for renewable hydrogen once costs come down in the future. The funding will also deliver the Front-End Engineering Design (FEED) of the plant, providing a reference design for the facility to be replicated across the UK and internationally.

HyNet has also received £5.2m to fund live trials of hydrogen fuelling at Unilever’s Port Sunlight manufacturing site, which produces many of the UK’s home care and personal care products, and at Pilkington’s Greengate Works glass-making plant in St Helens.

In St Helens, the use of hydrogen in the glass-making process will be a global first, while the demonstration at Unilever’s Port Sunlight will be the first meaningful use of hydrogen in a commercial scale boiler. The project also includes a FEED study for a new 100% hydrogen-fired combined heat and power (CHP) plant, using gas turbines, at Essar’s Stanlow refinery. Evidence from the demonstrations will pave the way for conversion to low carbon hydrogen across a range of global industries.

The projects will aim to demonstrate that hydrogen can be used as a substitute fuel for natural gas in manufacturing processes, helping the companies’ transition to a low-carbon future and leading the way for others to follow.

David Parkin, Director, Progressive Energy and spokesperson for the North West Hydrogen Alliance (NWHA) said: “The Committee on Climate Change is absolutely clear that to deliver Net Zero, hydrogen and carbon capture and storage are going to be a necessity.  This funding is hugely significant for the North West, and the rest of the UK, providing essential support for HyNet and taking hydrogen energy from aspiration to reality.”

Mark Wilson, Chief Executive Officer, Essar Oil UK said: “We are excited to be part of this initiative and believe we have the facilities and technological skills to help deliver the project.  The construction of the hydrogen facility at Stanlow is the first stage in becoming a carbon neutral site and will support our long term ambition of remaining a key national supplier of energy to the UK as we move towards a zero carbon world.” 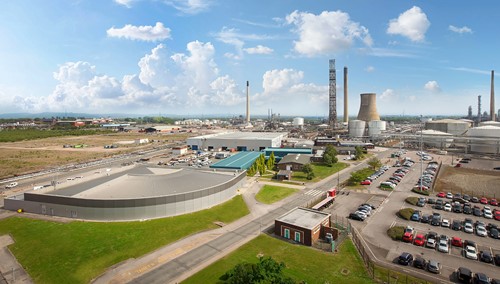 Sebastian Munden, EVP & General Manager of Unilever UK & Ireland said: “Unilever has a clear ambition of being a carbon neutral company by 2030, and we’re committed to playing our part and doing what we can to help the wider industry move further faster.

We already have five carbon neutral sites in the UK, and have been able to reduce our manufacturing carbon footprint by two thirds. The success of this Port Sunlight trial would mean Unilever is able to deliver home and personal care products to our consumers with an even smaller carbon footprint, which we know is of great importance to them.”

Neil Syder Head of Operations, Pilkington United Kingdom Limited, said: “Our parent company NSG Group has made a commitment to reduce CO2 emissions globally by 21% from a 2018 baseline by 2030. Hydrogen combustion has the potential to be a key enabling step to meeting this target. For the first time anywhere in the world we’re going to show how hydrogen can be used in the glass-making process, paving the way for manufacturing processes across many industries. Not only will this lead to significant carbon savings but it will help to safeguard and grow jobs in the manufacturing sector.”

Robert MacLeod, Chief Executive, Johnson Matthey said: “If the UK is to achieve its Net Zero targets, a new era of clean energy is required in which hydrogen plays a crucial role.  But we need to act now, and act collectively, to deploy low carbon hydrogen at scale.  In our innovative Low Carbon Hydrogen process, we’ve applied well proven JM technology from other sectors to enable the cost-effective deployment of large-scale efficient hydrogen production.  And with the ability to store over 95% of the CO2 produced in the process, we are making an important contribution to a cleaner, healthier world.”

Simon Naylor, Senior Vice-President, Engineering & Consulting, Resources, SNC-Lavalin, said: “The UK needs a tenfold increase in hydrogen production and the Low Carbon Hydrogen project puts us as key contributors to helping reach these targets. We look forward to our involvement in the engineering, procurement, construction, commissioning, and on-site delivery aspects of this work.”

With research from the NWHA showing that over two-thirds of local authorities in the UK have declared climate emergencies, hydrogen is also increasingly being seen as part of the solution for meeting local climate targets. Liverpool City Region is targeting all gas network methane to be replaced by hydrogen by 2035 and the creation of a network of low carbon hydrogen filling stations for transport.

The Government investment will enable the North West to become a trailblazer in the UK for the transition to a low carbon economy. The projects form part of HyNet, which could see low-carbon hydrogen blended into the gas grid and piped into homes and businesses by 2025.

The HyNet project is part of the wider North West Energy & Hydrogen Cluster (www.northwestcluster.co.uk) which could deliver 33,000 jobs, over £4bn investment, and save 10 million tonnes of CO2 per year.