Almost 1,900 schoolchildren from 25 local primary schools visited the Essar sponsored STEM (Science, Technology, Engineering and Maths) festival, which was held last week at the National waterways Museum in Ellesmere Port. The feedback was overwhelmingly positive for the activities on offer, with more than 80% of teachers saying they learnt something new to incorporate into their own practice and found it valuable to observe pupil learning in a different setting outside the classroom. 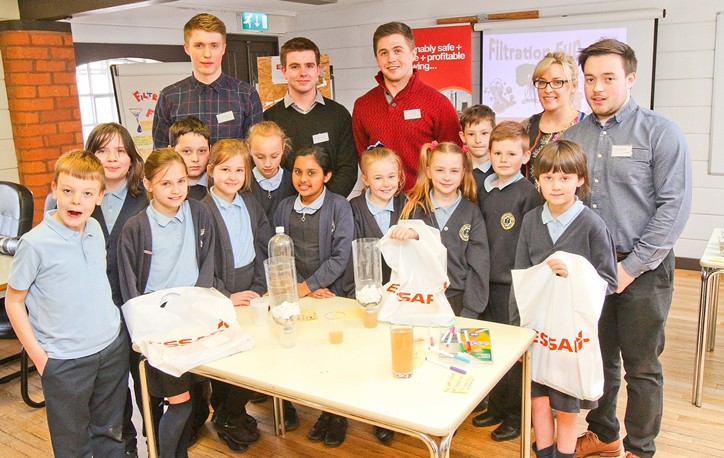 Head teachers across the local educational partnership were feedback that pupils were 'buzzing' on their return to school and staff had learnt a lot from the visit, both observing pupils and from the content of the workshops which could be used again in their own practice.

The group were tasked with developing a practical workshop which could be used at the STEM Festival, at future events and could be taken into local schools. The aim was to engage the young students through a hands on activity, to show them that science and engineering could be fun and start to introduce them to the world of manufacturing.

The Stanlow team came up with the concept of filtration and developed the 'Filtration Fun' exercise. They started the sessions by giving a short overview of Essar and explained how filtration is an important part of many of our processes on site. The exercise involved the school students being given seven gold coins, with which they had to purchase three different types of filtration material (all costing different amounts) to use in their own test in which they had to 'Filter' dirty water into clean. The exercise was a huge success, and the five schools which attended the session found it to be very informative and fun, with some asking if Essar can go back into the schools to engage with a wider audience.